Shout it from the rooftops (my emphasis):

It’s worth being clear that research debt isn’t just about ideas not being explained well. It’s a lack of digesting ideas – or, at least, a lack of the public version of ideas being digested. It’s a communal messiness of thought.

Developing good abstractions, notations, visualizations, and so forth, is improving the user interfaces for ideas. This helps both with understanding ideas for the first time and with thinking clearly about them. Conversely, if we can’t explain an idea well, that’s often a sign that we don’t understand it as well as we could…

SciRate is the best location I know of for public discussion and feedback on academic papers, and is an impressive open-source achievement by Adam Harrow and collaborators. Right now it has the most traction in the field of quantum informationQuantum info leading the way, as usual…a  , but it could stand to become more popular, and to expand into other fields.

Scirate enables us to express comments/opinions on published works. Another very useful kind of feedback for research papers is issues. By “issue” I mean exactly the kind of thing I’m writing right now: a description of

This differs from comments which are just statements of opinion which don’t require any reaction from the author. We all know that issues are essential in developing software, and based on a recent experience where I used github to host development of a research paper with three coauthors and more than a dozen group members providing feedback, I think that issues should also be used for research papers.

It might be nice to attach an issue tracker to Scirate, or at least have Scirate give links to an external issue tracker attached to each paper.

Why not just use a public github repo and get the issue tracker for free?

Making a github repo public makes everything public, including any sensitive information including comments about particular works/people. Having written a paper using github, I can imagine the authors would not want to make that repo public before going through the entire issue history making sure nobody said anything embarrassing/demeaning/etc.

According to American philosopher Harry FrankfurtHere’s Frankfurt’s popular essay [PDF].a  , a key difference between liars and bullshitters is that the former tend to accept that they are not telling the truth, while the latter simply do not care whether something is true or not.

Bullshitters strive to maximize personal gain through a continuing distortion of reality. If something is true and can be manipulated to achieve their selfish objectives, then good. If something is not true, who cares? All the same. These attributes make bullshitting worse than lying.

Furthermore, according to Frankfurt, it is the bullshitter’s capacity to get away with bullshitting so easily that makes them particularly dangerous. Individuals in prominent positions of authority may be punished for lying, especially if lying has serious damaging consequences. Professional and casual bullshitters at all levels of influence typically operate with freedom. Regardless of their roles in society, their exposure is not necessarily accompanied by negative legal or intellectual consequences, at least for the bullshitter…

Researchers may also be guilty of bullshitting by omission. This is the case when they do not openly challenge bullshitting positions, either in the public or academic settings. Scientists frequently wrongly assume that the public always has knowledge of well-established scientific facts. Moreover, scientists sometimes over-estimate the moderating role of the media or their capacity to differentiate facts from falsehood, and solid from weaker evidence.

Bullshitting happens. But very often it is a byproduct of indifference. Indifference frequently masking a fear of appearing confrontational to peers and funders. Depending on where you are or with whom you work, frontal bullshit fighting may not be good for career advancement.

Quick note: the arXiv is administering a survey of user opinion on potential future changes, many of which were discussed previously on this blog. It can be reached by clicking the banner on the top of the arXiv homepage. I encourage you to take the survey if you haven’t already. (Doubly so if you agree with me…)

Likewise, Zotero is administering a somewhat shorter survey about what sorts of folks use Zotero and what they do with it.

To the question “Do you have suggestions for any of the above-mentioned new services, or any other new services you would like to see in arXiv?”, I responded:

I think the most important thing the arXiv to do would be to “nudge” authors toward releasing their work with a copyleft, e.g., Creative Commons – Attribution. (Or at least stop nudging them toward the minimal arXiv license, as is done now in the submission process.) For instance, make it clear to authors that if they publish in various open access journals that they should release the arXiv post on a similarly permissive license. Also, make is easier for authors to make the license more permissive at a later date once they know where they are publishing. So long as there is informed consent, anything that would increase the number of papers which can be built on (not just distributed) would be an improvement.

I would also like the arXiv to think about allowing for more fine-grained contribution tracking in the long term. I predict that collaboratively written documents will become much more common, and for this it will be necessary to produce a record of who changes what, like GitHub, with greater detail than merely the list of authors.

Question: What sort of physics — if any — should be funded on the margin right now by someone trying to maximize positive impact for society, perhaps over the very long term?

First, it’s useful to separate the field into fundamental physics and non-fundamental physics, where the former is concerned with discovering new fundamental laws of the universe (particle physics, high-energy theory, cosmology, some astrophysics) and the latter applies accepted laws to understand physical systems (condensed matter, material physics, quantum information and control, plasma physics, nuclear physics, fluid dynamics, biophysics, atomic/molecular/optical physics, geophysics).Some folks like David Nelson dispute the importance/usefulness of this distinction: PDF. In my opinion, he is correct, but only about the most boring part of fundamental physics (which has unfortunately dominated most of those subfields). More speculative research, such as the validity (!!!) of quantum mechanics, is undeniably of a different character from the investigation of low-energy field theories. But that point isn’t important for the present topic.a

That distinction made, let’s dive in.

In my mostly uninformed opinion, only fusion power (#3) could be among the most valuable causes in the world, plausibly scoring very highly on importance, tractability, and neglectedness — with the notable caveat that the measurable progress would necessitate an investment of billions rather than millions of dollars.… [continue reading]

David L. Stern on changing incentives in science by getting rid of journals:

Instead, I believe, we will do better to rely simply on the scientific process itself. Over time, good science is replicated, elevated, and established as most likely true; bad science may be unreplicated, flaws may be noted, and it usually is quietly dismissed as untrue. This process may take considerable time—sometimes years, sometimes decades. But, usually, the most egregious papers are detected quickly by experts as most likely garbage. This self-correcting aspect of science often does not involve explicit written documentation of a paper’s flaws. The community simply decides that these papers are unhelpful and the field moves in a different direction.

In sum, we should stop worrying about peer review….

The real question that people seem to be struggling with is “How will we judge the quality of the science if it is not peer reviewed and published in a journal that I ‘respect’?” Of course, the answer is obvious. Read the papers! But here is where we come to the crux of the incentive problem. Currently, scientists are rewarded for publishing in “top” journals, on the assumption that these journals publish only great science. Since this assumption is demonstrably false, and since journal publishing involves many evils that are discussed at length in other posts, a better solution is to cut journals out of the incentive structure altogether.

I think this would make the situation worse, not better, in bringing new ideas to the table. For all of its flaws, peer review has the benefit that any (not obviously terrible) paper gets a somewhat careful reading by a couple of experts.… [continue reading]

Perimeter Institute runs a pretty great and unusual 1-year master’s program called Perimeter Scholars International.PSI…ha!a   If you’re in your last year as an undergrad, I strongly advise you (seriously) to consider applying. Your choice of grad school is 80% of the selection power determining your thesis topic, and that topic places very strong constraints on your entire academic career. The more your choice is informed by actual physics knowledge (rather than the apparent impressiveness of professors and institutions), the better. An additional year at a new institution taking classes with new teachers can really help. 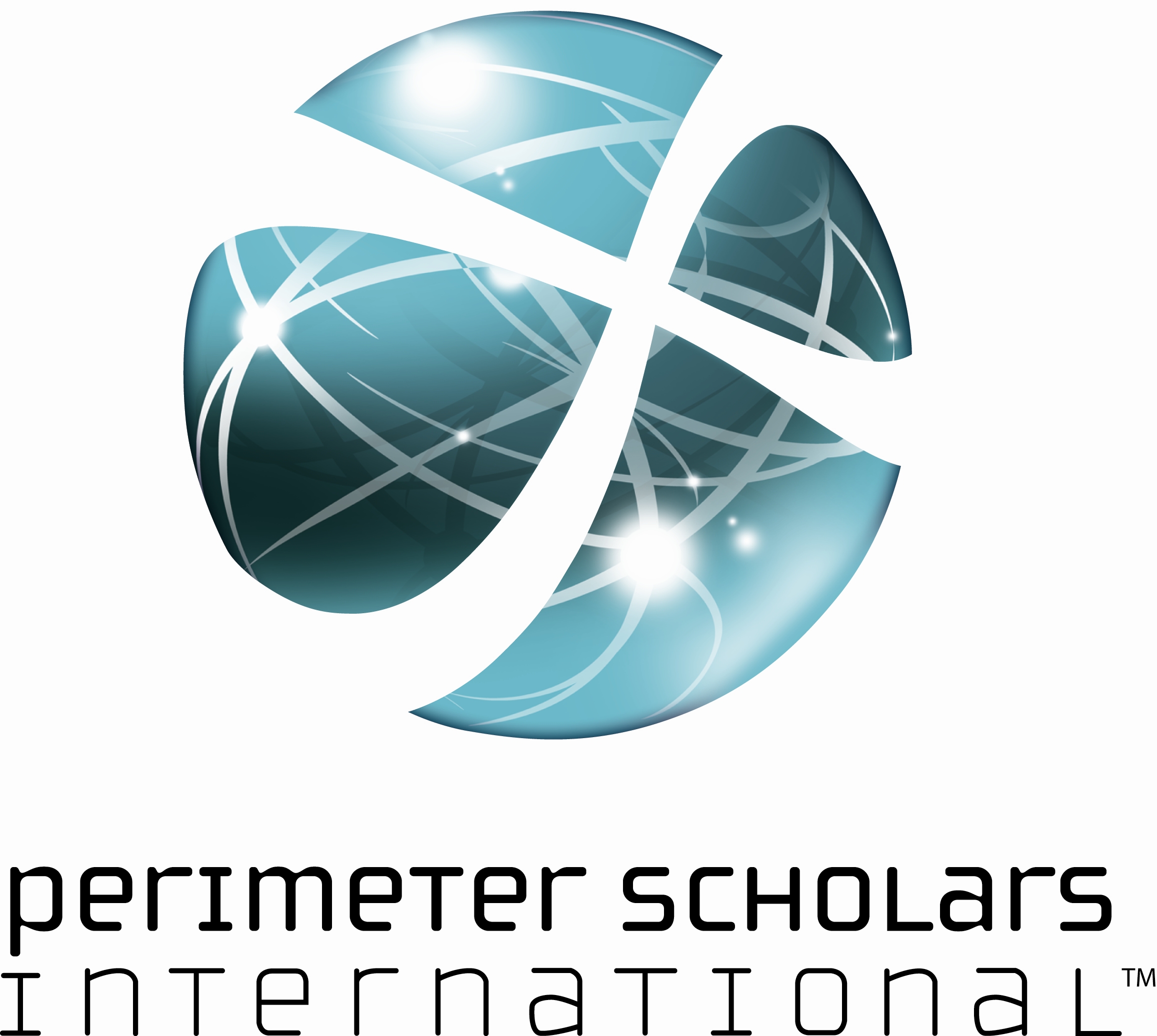 (Older academics can advertise this to students by printing out this poster.)