Comments on Hanson’s The Age of Em

One of the main sources of hubris among physicists is that we think we can communicate essential ideas faster and more exactly than many others.This isn’t just a choice of compact terminology or ability to recall shared knowledge. It also has to do with a responsive throttling of the level of detail to match the listener’s ability to follow, and quick questions which allow the listener to hone in on things they don’t understand. This leads to a sense of frustration when talking to others who use different methods. Of course this sensation isn’t overwhelming evidence that our methods actually are better and function as described above, just that they are different. But come on.a   Robin Hanson‘s Age of Em is an incredible written example of efficient transfer of (admittedly speculative) insights. I highly recommend it.

In places where I am trained to expect writers to insert fluff and repeat themselves — without actually clarifying — Hanson states his case concisely once, then plows through to new topics. There are several times where I think he leaps without sufficient justifications (at least given my level of background knowledge), but there is a stunning lack of fluff. The ideas are jammed in edgewise. 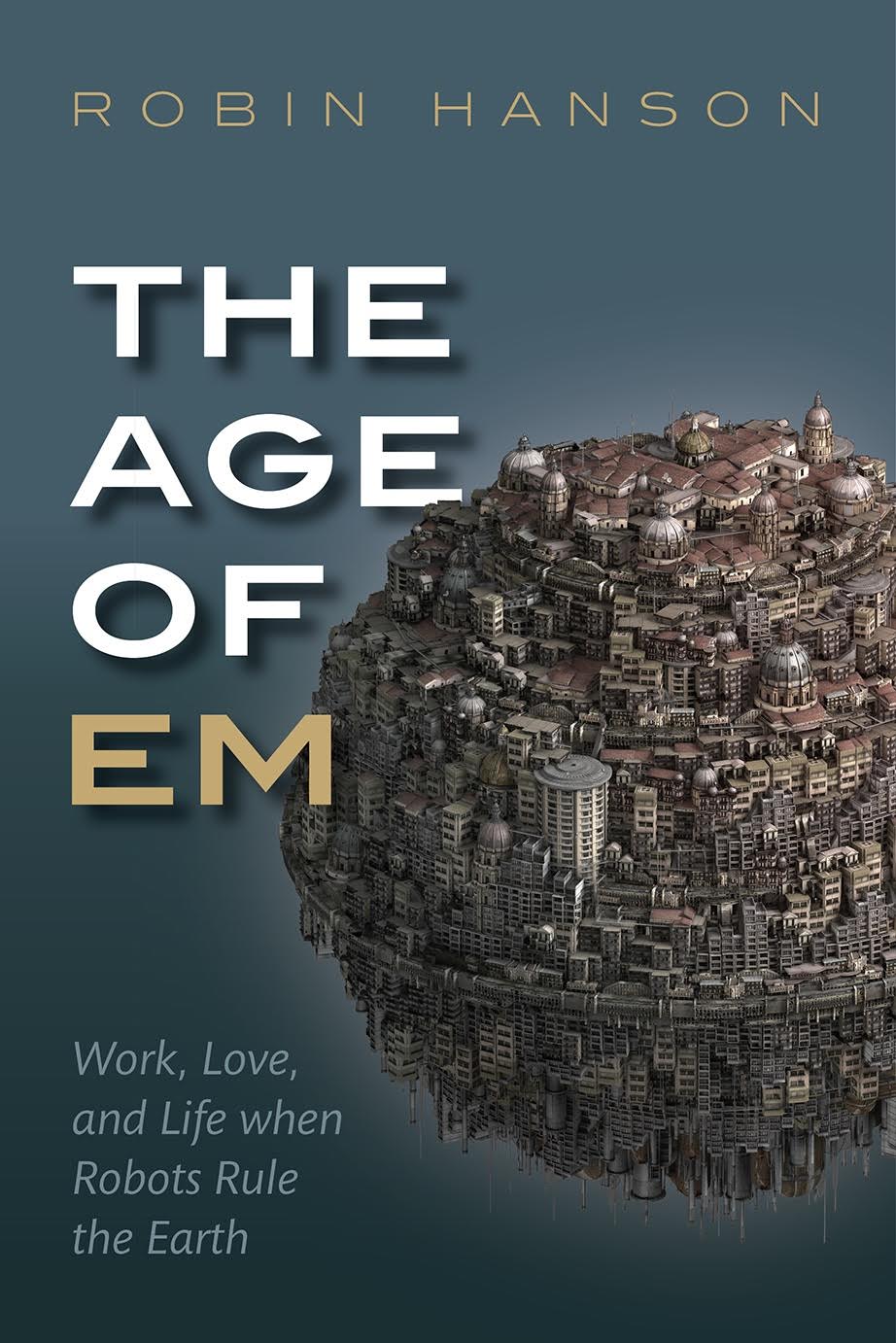 Academic papers usually have two reasons that they must be read slowly: explicit unpacking of complex subjects, and convoluted language. Hanson’s book is a great example of something that must be read slowly because of the former with no hint of the latter. Although he freely calls on economics concepts that non-economists might have to look up, his language is always incredibly direct and clear. Hanson is an academic Hemingway.

Most of what I might have said on the book’s substance was very quickly eclipsed by other reviews, so you should just read Bryan Caplan, Richard Jones, or Scott Alexander, along with some replies by Hanson. In response to Scott in particular, Hanson argues for the intrinsic value of work.

Edit: Caplan just released his long critique, with Hanson responding. I agree with Hanson that most of Caplan’s complaints are semantical. But Hanson does not have a convincing reply to Caplan’s strongest point, #6:

Robin greatly overstates the difference between his “em scenario” and the “generalized AI scenario.” How so? The Age of Em makes numerous arguments by analogy: Since humans typically do X in situation Y, and ems are copies of humans, ems will also typically do X in situation Y. But he also keeps telling us that only a tiny hand-picked sub-sample of humans will be copied. The obvious question: Why wouldn’t ems largely be copies of the most “robot-like” humans – humble workaholics with minimal personal life, content to selflessly and uncomplainingly serve their employers? This in turn implies that most of Robin’s “detail” is roughly the opposite of what would really happen.