Comments on Rosaler’s “Reduction as an A Posteriori Relation”

In a previous post of abstracts, I mentioned philosopher Josh Rosaler’s attempt to clarify the distinction between empirical and formal notions of “theoretical reduction”. Reduction is just the idea that one theory reduces to another in some limit, like Galilean kinematics reduces to special relativity in the limit of small velocities.Confusingly, philosophers use a reversed convention; they say that Galilean mechanics reduces to special relativity.a   Formal reduction is when this takes the form of some mathematical limiting procedure (e.g.,

), whereas empirical reduction is an explanatory statement about observations (e.g., “special relativity can explains the empirical usefulness of Galilean kinematics”). 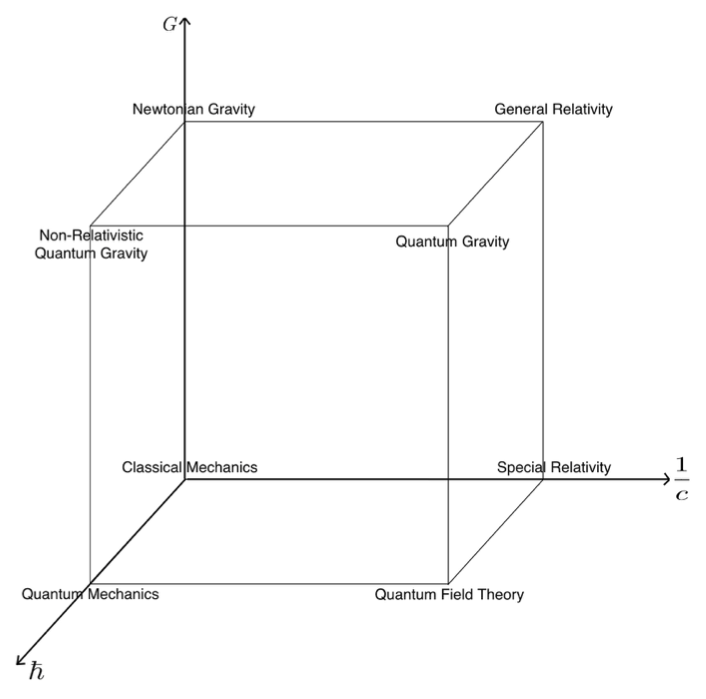 Rosaler’s criticism, which I mostly agree with, is that folks often conflate these two. Usually this isn’t a serious problem since the holes can be patched up on the fly by a competent physicist, but sometimes it leads to serious trouble. The most egregious case, and the one that got me interested in all this, is the quantum-classical transition, and in particular the serious insufficiency of existing

limits to explain the appearance of macroscopic classicality. In particular, even though this limiting procedure recovers the classical equations of motion, it fails spectacularly to recover the state space.There are multiple quantum states that have the same classical analog as

, and there are quantum states that have no classical analog as

In this post I’m going to comment Rosaler’s recent elaboration on this ideaI thank him for discussion this topic and, full disclosure, we’re drafting a paper about set selection together.c  :

Reduction as an A Posteriori Relation
Joshua Rosaler
Reduction between theories in physics is often approached as an a priori relation in the sense that reduction is often taken to depend only on a comparison of the mathematical structures of two theories. I argue that such approaches fail to capture one crucial sense of “reduction,” whereby one theory encompasses the set of real behaviors that are well-modeled by the other. Reduction in this sense depends not only on the mathematical structures of the theories, but also on empirical facts about where our theories succeed at describing real systems, and is therefore an a posteriori relation.

I was tempted to interpret the thesis of this essay like this:

The only useful notion of theory reduction is necessarily intertwined with empirical facts about the domain of applicability. A strictly formal notion of reduction is intrinsically broken, and attempts to define one are forced to smuggle in implicit empirical assumptions.

But a careful reading shows that this is not what Rosaler is claiming. A better claim, and one that is a better summary of the essay, is something like this:

Theory reduction is a very delicate and fragile idea, often entangled with the empirical question of theory confirmation and the domains of applicability.  Whenever formal reduction is used as part of an explanation of our observations — such as explaining why Galilean mechanics is so useful at speeds much smaller than

, or why our quantum universe appears classical — one must very carefully check the applicability of the empirical domain being explained.  In practice physicists are not careful, and have sometimes offered unsound explanations.

The need for this discussion arises in the first place because the jump from formal reduction to empirical reduction is subtle, and the folks who need to be chastised quite literally don’t notice when they make the jump.