, causes a smearing effect that leads to the overcompleteness. In the extremely common case of particles whose natural environments produce collisional decoherence, it turns out that the pointer basis is (very well approximated by) an overcomplete set of Gaussian wavepackets.Note, however, that these are not the minimal uncertainty wavepackets that saturate the uncertainty relation. Rather, they are the “twisted” wavepackets that can be constructed by taking a minimal uncertainty wavepacket and letting them freely evolve under H=p^2/2m for some time. In this case the spatial wavefunction, the momentum wavefunction, and the Wigner function are all still Gaussian, but now the Wigner function contains a correlation between position and momentum.a

So a phenomena is only classically undetectable — and so a candidate for decoherence detection — when, to a good approximation, it preserves the pointer states. In this case, our experiment must construct a superposition of two (approximately) orthogonal pointer states and look for decoherence (or a phase shift) between them. Here, the orthogonality is key; we aren’t able to make a sensitive detector by merely creating a superposition of two pointer states that have large overlap. Furthermore, the enhancement we see from using such superpositions is often a linear or quadratic function of the distance between the wavepackets. 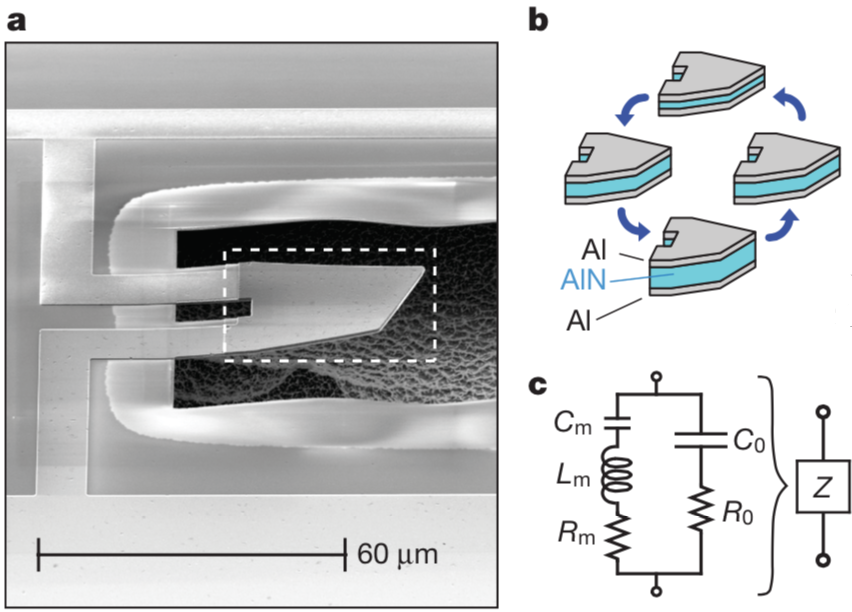 This is why matter interferometers are good candidates for decoherence detectors. Large molecules and nanoparticles are localized by collisional decoherence, so the pointer basis is the wavepackets. Let’s call a superposition of such states a “phase-space cat” to emphasizes that we are talking about a superposition with respect to the pointer basis of phase-space localized states selected by environmental decoherence. Then we can say that matter interferometer produce phase-space cat states.More precisely, there exists at least two pointer states

but the matrix element norm

Now let’s turn to micromechanical resonators. The key here is that most experimentalists have not been talking about constructing phase-space cat states for these systems. (Such resonators have a single relevant continuous degree of freedom, so we can talk about its Wigner function in phase space and Gaussian wavepackets just as easily as we can talk about putting it in energy eigenstate.We expect spatial decoherence from a source like low-mass dark matter to decohere that degree of freedom with pointer states localized in phase space. Indeed, the trampoline in your backyard cannot survive in an energy eigenstate, but rather decoheres such that it has a very well-defined position and momentum. However, these probably won’t turn out to be perfect Gaussian wavepackets.c  )

You might think that if you create a superposition of very low-lying energy eigenstate (e.g. the ground state and the first excited state), and that if the phenomenon you’re trying to detect (e.g. low-mass dark matter) produced decoherence in the position basis strong enough to act differently on these energy eigenstates, then this set up should still be useful as a detector. This is true, but the point is that it won’t be a

What about higher energy eigenstates? Well, I think these could work as collisionalOf course, if the decoherence source you’re looking for decoheres in the energy basis, then superpositions of energy eigenstates *are* useful. But the only decoherence source I know like this is the gravitational field (since it is sourced by the stress-energy tensor), and detecting decoherence by gravitons looks….hard.e   decoherence detectors but, again, you don’t need a superposition of them. A single energy eigenstate far away from the ground state already contains coherence between states widely separated in phase space. (This is not at all true for the ground state, and not particularly true for low-lying states.)

Therefore, the path to using micromechanical resonators as true decoherence detectors is to produce phase-space cats. This is daunting. It would probably be achieved through a two-step process. The first step, which has only just recently become feasible, is (near) ground state cooling. The second step is to create some non-linear effect that can take this low-entropy state and evolve it into a superposition of two low-entropy states widely separated in phase spaceI say “low-entropy” rather than “low-temperature” because a cat state doesn’t have a well-defined temperature (in the simple sense that it’s not a Gibbs state). Likewise, a system that starts in a ground state and then is translated in phase space means it also now doesn’t have a well-defined temperature, but it still is low-entropy.f  . Perfect ground state cooling in the first step isn’t necessary; you’ve only got to cool the state down low enough that the spread of the Wigner function is small enough such that the two halves of the cat don’t overlap following the second step.

The first step is highly analogous to the combined role played by the particle source and the first grating in the three-grating matter interferometers in Vienna; the goal is to produce low-entropy sources of particles (namely, the wavepackets emerging from slits in the grating). The second step is analogous to the role played by the second grating, i.e. creating a cat state from a low-noise state.Whatever technique is used to measure the micromechanical resonator would be analogous to the combined role of the third grating and the particle counter at the end of the interferometer. Of course, it’s logically possible that it will turn out to be experimentally easier to create the phase-space cat at once rather than first cooling to near the ground state and then creating the superposition as a second step. But this would surprise me since it would require an unusual cooling process.g

So the question for experimentalists is this: if you can create a superposition of low-lying energy eigenstates in a micromechanical resonator, can you also create a phase-space cat state? My guess is that this is much harder, but I really don’t know.